Renkaur (also known as CelWP PK2) is an F-type main sequence star that was added in Release 8 of CelWP.

Renkaur is quite hot, at 6708 Kelvins. It is hotter than it should be for a star of its size, indicating that its metallicity is relatively low, even if two rocky planets orbit it. 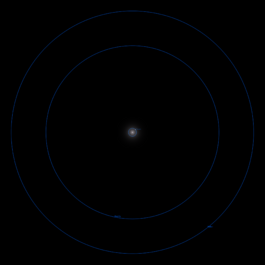 Renkaur is surrounded by a system of one gas giant (Thuon), and two rocky planets (Samilia and Kalton), making for a total of three planets.

Retrieved from "https://celwp.miraheze.org/w/index.php?title=Renkaur&oldid=16930"
Categories:
Cookies help us deliver our services. By using our services, you agree to our use of cookies.