Vaga, also known as Regar b, MOL 2 b or CelWP F4 b, is a rocky Venusian-type planet orbiting the G-type main sequence star Regar. Out of the three planets that orbit Regar, Vaga is the closest to its star. Vaga is around the same size and mass as Earth and was added in Release 6. 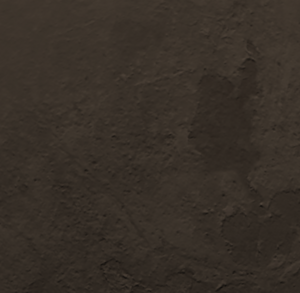 Vaga is a Venusian-type rocky planet around the same size as Earth. Its surface is masked by a thick atmosphere and a multitude of toxic green clouds primarily made up of sulfur compounds. The green color comes from a yet-unknown trace compound in Vaga's atmosphere. Vaga's surface is rocky and relatively devoid of craters, and resembles the surface of Aargonar, sharing many of the same mottled albedo features, which are interpreted to be rock plains. Unusually, Vaga's surface is also devoid of large mountains or valleys, and is almost entirely flat; the highest hills of Vaga are estimated to be only around three to five kilometers high. 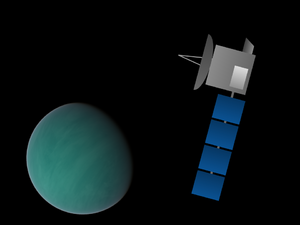 Artist's impression of the Regario-1 probe, which surveyed Vaga at the start of the March of Liberation period.

In order to stay out of the forces monitoring Kapaldia during the March of Liberation, the Kapaldians exited their home planet bound for Tonero while on the far side of Rizikon relative to the positioning of the Eurak forces. Incidentally the Regar system was directly in the travel path of the Kapaldian rebel forces; a vote took place in which the Armed Travel Board voted 21-4 to stop at Regar, primarily because of a higher-than-expected resource consumption rate and the fact that the mission science committee had determined that there was an 81% chance for Alezia, a 42% chance for Rezomida, and a 29% chance for Vaga of being in the habitable zone of Regar. Vaga turned out not to be in the habitable zone; brief surveying and research was conducted for Vaga and Rezomida, however most of the Kapaldians' attention was focused on Alezia, which turned out to be in the habitable zone and was a prime resource restocking location. After the March of Liberation concluded, the system was given the designation MOL 2 in order to commemorate systems that were visited during the March of Liberation.

Retrieved from "https://celwp.miraheze.org/w/index.php?title=Vaga&oldid=17191"
Categories:
Cookies help us deliver our services. By using our services, you agree to our use of cookies.