From Celestia Worldbuilding Project Wiki
Jump to navigation Jump to search
The Vesstra System is a major system located in the mid shell of the Pisces Dwarf Galaxy. This system is the capital system of the Esserian Empire, the largest nation in the galaxy, and is an important world in the Local Group as a whole. The Vesstra System is composed of only one star, Vesstra, though some consider the nearby brown dwarf of Valgard to be a part of it. The system is known for its most important planet, Esser, which is the capital world of the Esserian Empire and homeworld of the Darass. Currently, there are seven worlds surrounding the star.

The inner Vesstra System contains three worlds, Pockris, Mistral, Esser, and Thellus. In the outer Vesstra System there lies three planets, Kaledar, Oreges, and Keleru. Beyond this is a vast, sparse cloud of icy material referred to as the Endless Junkyard, as in the early days of Esserian civilization, decommissioned ships were set adrift in this cloud of ice chunks. Various habitation stations are sprinkled through the whole of the system, with high concentrations within the Hill Spheres of planets. 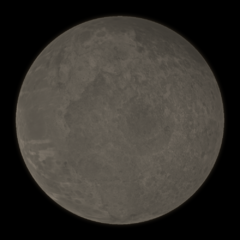 Pockris is the innermost planet in the Vesstra System, orbiting close enough for small lava lakes to form at the bottoms of craters at periapsis. It used to be much larger, but as of now it is the smallest world in the entire system, with much of its material having been stripped away to construct the huge numbers of space stations scattered throughout the system. Pockris is covered in huge craters pockmarking the surface, making surface travel slow, cumbersome and dangerous and inhibiting large-scale exploration of the planet until the New Space Age. Today, some wish to paraterraform Pockris, making the regions within the potential domes habitable to the native species of the empire. However, no such plan has come to fruition as of yet.

Retrieved from "https://celwp.miraheze.org/w/index.php?title=Vesstra&oldid=17330"
Categories:
Cookies help us deliver our services. By using our services, you agree to our use of cookies.